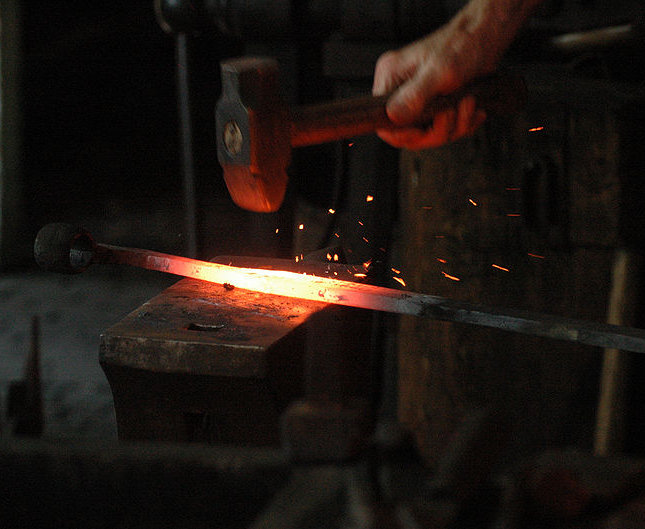 A blacksmith is described as a person who specializes in creating or making various items from steel or wrought iron. Wrought iron is an iron alloy that has very low carbon content, is malleable, tough and ductile but is also easily welded. The blacksmith forges the metal using tools that help him to cut, hammer and bend it.

Blacksmiths mainly work through heating various pieces of the steel or iron until they are soft enough. These are then shaped using various hand tools like the anvil, the hammer and the chisel.Some of the products from blacksmiths include railings, furniture, cooking utensils, weapons, gates, grilles, light fixtures, sculptures, various tools, religious items and agricultural implements.

The hammer used by the blacksmith is one of the most important tools used in this craft and it is used together with the forge. Some of the types of hammers that are used by blacksmith's include the ball peen, rounding hammers, the sledge, and the cross peen. Blacksmiths usually create their own hammers (as well as many of the tools they use for blacksmithing methods with regard to the particular needs for shape and weight. The blacksmith’s hammer generally has many different types of applications, which include;

All these are uses of the blacksmith’s hammer.