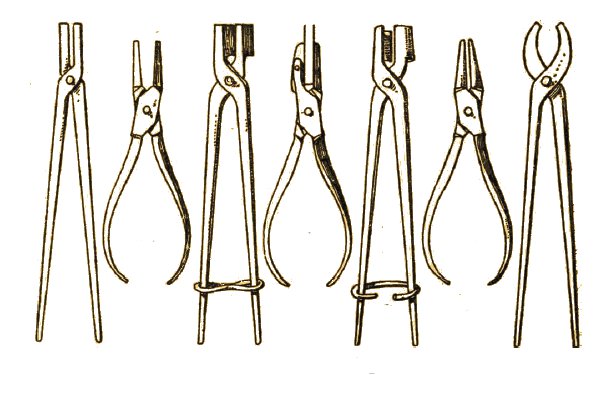 The tools necessary for carrying out the many aspects of the "Art Blacksmithing" craft, depended on the work that was to be executed. There are blacksmithing tools that were developed for measuring and preparing work, supporting and securing an object (to be able to work on it); plus tools for cutting and dividing, as well as various kinds of hammers, drills, borers, punches, and screwing-tools; that the blacksmith used in the forging, welding, and finishing of wrought iron.Here is an overview of the different types of blacksmithing tools :

In order to hold the metal securely, a vice is required; which comes in various forms and sizes. It has two 'cheeks' or jaws, one fixed to the bench or to a other support; the other is connected with it and adjustable. The jaws are opened and shut by means of a horizontal screw which is set in motion by a wrought iron pin. A spring keeps the jaws open. In the blacksmith's vice, the moveable jaw contains a curve, consequently the inner jaw-surfaces are only parallel at one particular width. This disadvantage has brought about the parallel vice, which is made according to various systems.Some types of vices used in blacksmithing are :

Next to vices, tongs are the most important group of shop tools for holding objects. 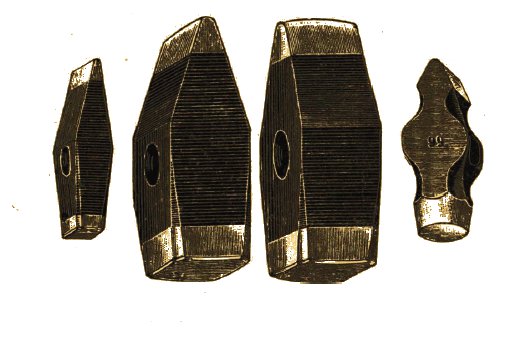 There are many different forms of hammers that were in use and are still being used in blacksmithing today:Aside-from the 'Crank-Hammer', which is worked with the foot, and the 'Stamp' and 'Tilt-Hammer' which are worked by water or steam-power; there are a large variety of hand-hammers. These are made of wrought iron and generally have two hardened steel surfaces, a hole located at the center. Blacksmith's or hand-hammers and a handle of hard wood of a round or elliptical section. If the steel surface of the hammer is broad, either circular, or quadrate at both ends it is called a face; if it is narrow, angular, or oval, at one end; it is a " pane ". Hammers are distinguished according to sizes:

Besides the Set-Hammers, there were other blacksmithing tools that were used for cutting and chiseling. They are classified as:

Shears are used in blacksmithing to cut sheet metal, hoop, and flat iron, as well as wire. Some examples of these are: 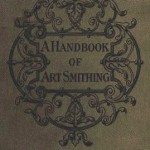