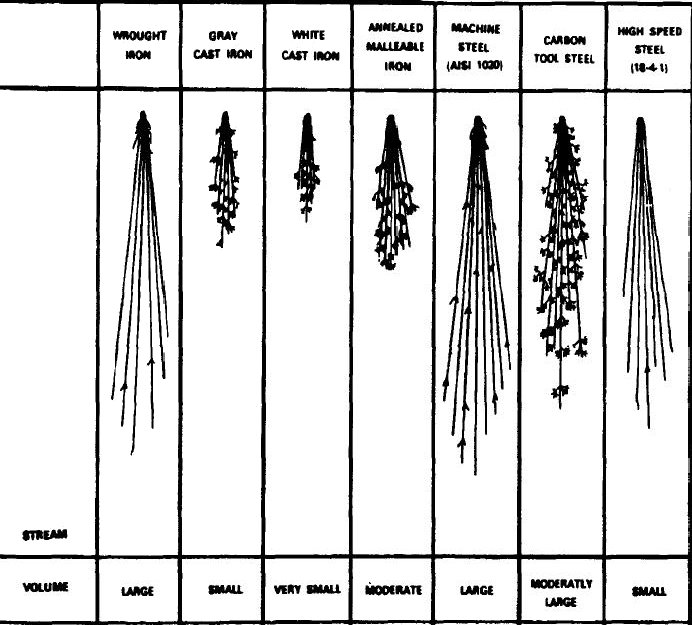 Wrought iron is an iron which has most of the carbon content removed. Wrought Iron is tough; however, it can be bent or twisted very easily. Wrought iron is used mostly in ornamental ironwork, such as fences and handrails, because it can be welded and / or painted easily and it rusts very slowly.

Wrought iron is not brittle like cast iron and seldom breaks. For this reason, wrought ironwork is able to be crafted in to far more elaborate and delicate designs. Cast iron is most frequently identified byits repetitive nature, and forms, which could be carved in a wooden pattern, but not made by hammer and anvil.

Telling wrought iron from mild steel is often more difficult, as both will bend, and not break. Frequently, however, work in mild steel is readily identified by the lower standards of workmanship often used. Look for evidence of low quality MIG welds.Mild steel is often given away by more active corrosion, which tends to run out of the joints in a steel gate, and stain the paintwork, where this is seldom the case with wrought iron. Wrought iron may show signs of being dated.

Until the very end of the eighteenth century, sections of wrought iron were derived by forging of billets by hand or water power, this resulted in an uneven surface texture, and very sharp corners. Wrought iron bars show the irregularities of the surface. Rolled bars, on the other hand, produced from the beginning of the nineteenth century, are perfectly smooth, and the corners can display a small radius. Nineteenth century wrought iron is known as 'puddled iron'.

Wrought comes in various non-standardized grades that range from very nearly pure iron to coarse "muck-bar". There are several tests to distinguish wrought iron from mild steel and other metals.

When held against a grinder, the carbon free wrought iron will throw long sparks with heavy heads and few branches. It helps to have a sample to compare to mild steel on the same grinder because spark tests vary quite a bit in appearance depending on the speed, coarseness and pressure applied to the grinding wheel. Note that pure iron or very low carbon iron will spark the same as wrought iron.

Take a small bar up to 1/2" square and saw about half way through or a little more. Then bend the bar to break it. The break will show the fibrous grains similar to wood. The more pure the wrought iron the finer the grains. In triple refined wrought it may be difficult to distinguish through this test. Compare test to mild steel.

Wrought iron does not harden when quenched. Even mild steel will quench hard enough to blunt a good center punch. Note that low carbon steels require higher temperatures to harden. 300°F(+) or an orange heat.

Blacksmiths and other wrought iron experts can tell very low carbon steel from wrought and pure iron by the way it feels under the hammer.